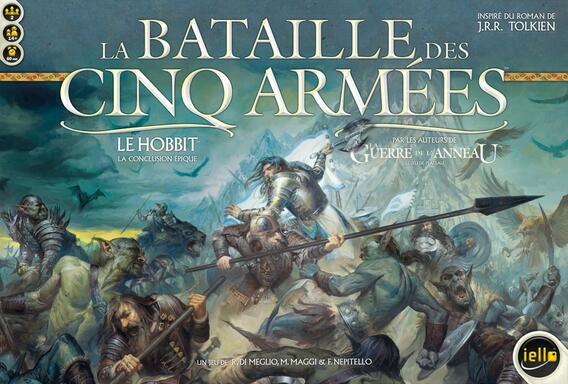 Thus was the King under the Mountain and his companions followed him. Capes and hoods were gone; they were dressed in glittering armor and a red glow burst from their eyes. In the darkness, the great dwarf shone like gold in a dying fire.

Smaug the Dragon is dead ...

The dragon's treasure is buried in the depths of the Lonely Mountain. The Free Peoples Army is in position in the Dale Valley while an immense army of Darkness is approaching. Goblins climb the mountain to attack their enemies from above. Unexpected help could save the Free Peoples - the Misty Mountains Eagles and the Behemoth Metamorph - but will they arrive in time, before all is lost?

In The Battle of the Five Armies, a player controls the forces of Bolg, son of Azog - a powerful horde of Orcs, Ouargues and Goblins, reinforced by the Giant Bats of the Black Forest. His opponent controls the Free Peoples - Elf warriors, sturdy Dwarves and brave Men of the Lake, unity thanks to the wisdom of the Magician Gandalf.

Many factors affect the outcome of this battle. Can the magic of Gandalf reverse the course of events? Will the bravery of Thorin Chestwatcher make a difference to Bolg's bodyguard? Will Bilbo Baggins use his Magic Ring to save his skin at Montcorbeau?

By the creators of The War of the Ring, The Battle of the Five Armies is a two-player strategy game inspired by the epic conclusion of J.R.R Tolkien's novel, The Hobbit. 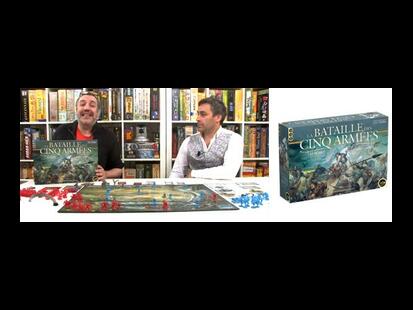 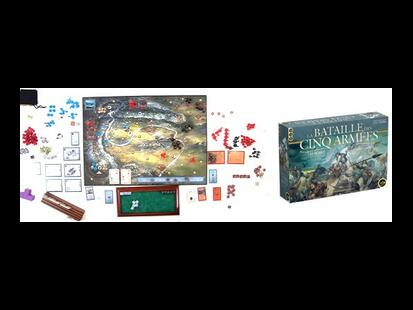 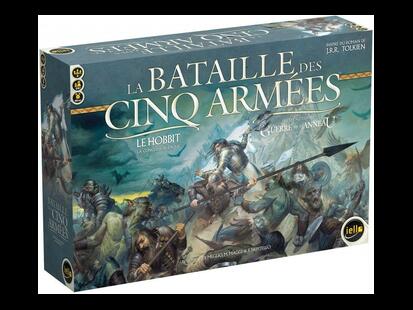