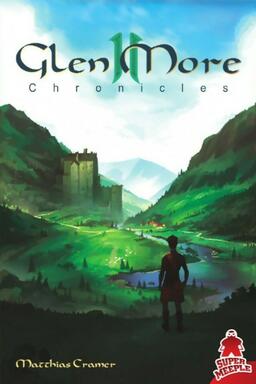 Glen More II: Chronicles is a sequel to Glen More. It extends the game. Each player represents a Scottish clan, from the early Middle Ages to the 19th century. The success of your clan depends on your ability to make the right decisions: whether it is growing barley to make whisky, selling your goods on various markets, gaining control of particular points (lochs and castles).

The main mechanism of Glen More II is an asynchronous turn: the active player (the last one on the time track) takes a tile from the time track, advancing as much as he wishes. After paying the cost, the player places the tile in his territory, activating the tile and its neighbors (production, movements, VPs, etc.). The word "Chronicles" in the title refers to eight extensions. Each column adds a mechanism to the basic game. Boat racing in the highlands requires to be the first to reach your castle, by sailing over enemy territory. The columns are all combinable, but the author, Matthias Cramer, suggests using only one or two per part.

Glen More II Chronicle is the French version of the game in Kickstarter. This version will contain all the Stretch Goals unlocked during the campaign. 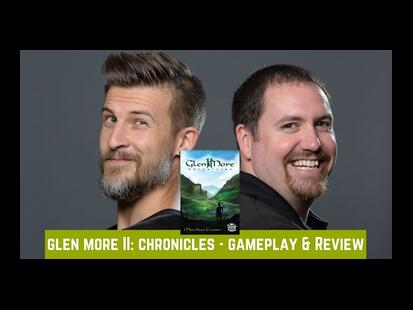 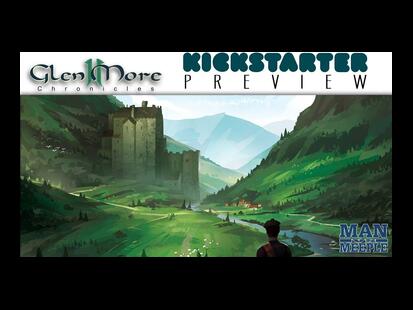 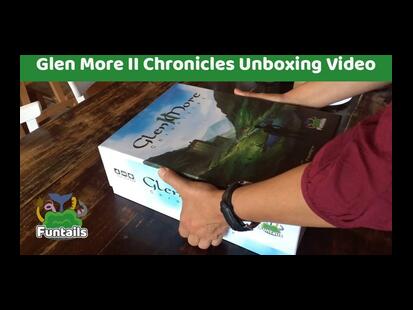