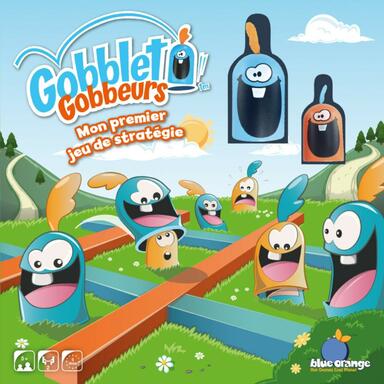 Beware of joking Gobblers! With its exclusive concept of memory and strategy, Gobblet Gobblers (Plastic) is a unique game that is rewarded wherever it has gone. The rule, assimilated in one minute, makes the game attractive to most people.

You have to align 4 Gobblets to your color, knowing that they are of different sizes and can be swallowed... or unstacked, creating surprises and laughs in case of memory gaps!

In Gobblet Gobblers, the goal is to align 4 Gobblets to its color. The technique: put a new Gobblet into play or move one on the board. The trick: "swallow" the opponent. The finesse: to "swallow" yourself, in view of the next move.... The fatal mistake: "un-gobble" an opponent's piece and make the opponent win!

In turn, each player must either put a new Gobblet into play or move one of his existing Gobblets. Stacked Gobblets must be played in order, always taking the top piece. A movement is made to an empty square or to a square occupied by a smaller Gobblet, which is then "swallowed".

As soon as a player lines up 4 Gobblets visible of his color, he wins the game.

If you like this game, compare its price in the 36 shops referenced on the site
See all shops 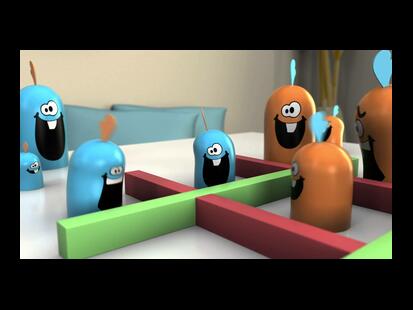 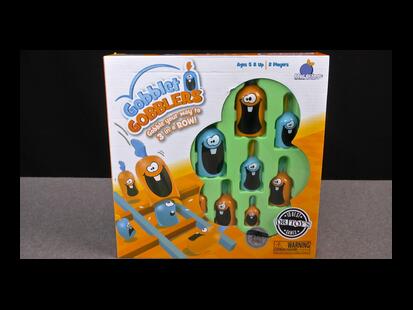 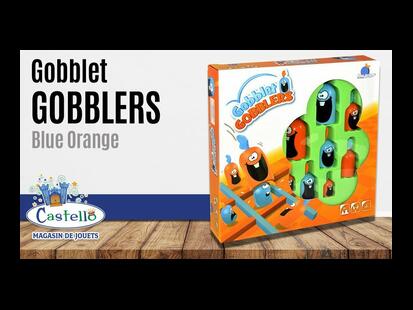