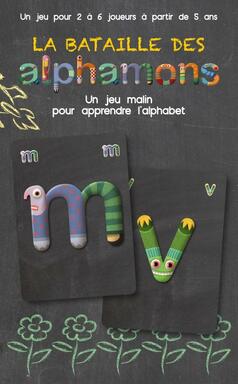 The Battle of the Alphamons is a simple simultaneous action selection game for two to six players. This game was designed to teach young children alphabetical order. Start by aligning the small alphabetic cards numbered from 1 to 26. This will serve as a reference: the letter a will be the smallest and the z will be the highest card.

Give 9 cards to each player. They all have a card printed on it. All players choose a card and then reveal them simultaneously. Use the reference cards to check which card is the highest. The highest card wins the turn and takes all the cards. After 9 rounds, the player with the most cards wins the game.

Alternative rule for older children: If all players are familiar with the alphabetical order, you can play with the following rules: Every time someone makes a turn, the player who revealed the lowest card can exchange 2 cards in the alphabet. When you have played all the cards in your hand, take the cards you have won to continue playing. The game ends when one of the players runs out of cards. The player with the most cards wins the game.

If you like this game, compare its price in the 11 shops referenced on the site
See all shops 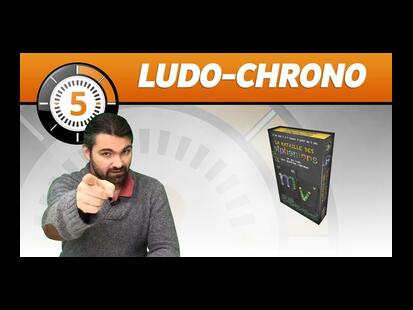 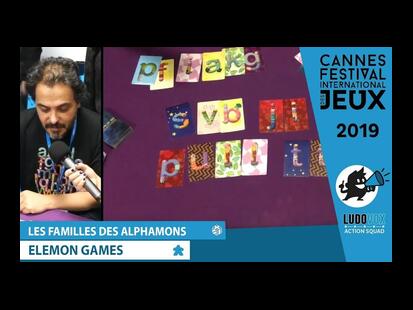