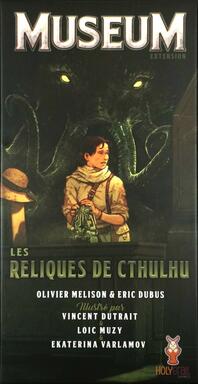 Our intrepid archaeologists came across lost relics imbued with the power of 6 elders (one for each area of the game). These artifacts will now corrupt your continent decks and have a chance to appear as the cards are drawn. In addition to their standard value and a domain, each object has a power that varies according to the god to whom it is dedicated. You can use these powers to strengthen your museum's domain collections or hinder your rivals.

But that's not all, though. Owning these relics will earn you "hidden" points. The player with the most hidden points at the end of the game will score victory points as a bonus. In addition to that, as soon as you earn 6 occultism points, you get a secret objective card "A Disciple of the Occultism" (much like your sponsor card) that will give you a chance to score even more points at the end of the year. the game! Sounds good, doesn't it? But beware, the power of the old has a price...

Playing the most powerful relics worth 5 will catch the eye of the terrifying beings who linger behind the veil of reality, with disastrous effects for your museum. These cards act as a kind of double-edged sword. The use of Dagon's most powerful relic, for example, will flood your opponents' galleries, rendering some parts unusable. However, the Old Man will come back to take his due and part of your gallery will also disappear into the depths...

This expansion contains more than 40 new components, including object, character, notoriety and event cards, as well as various effects tokens, all contained in its own expansion box.

Museum funded on the Kickstarter platform 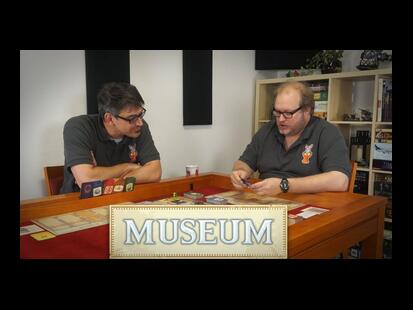 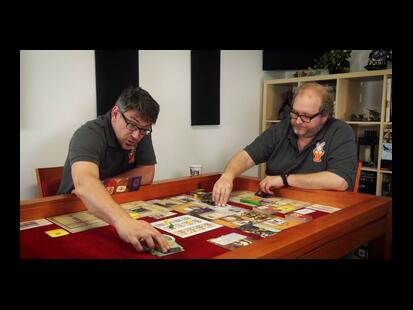 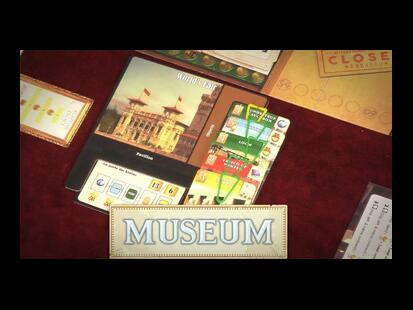