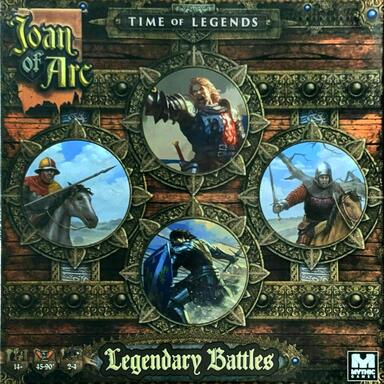 Expansion for : Time of Legends: Joan of Arc

Time of Legends: Joan of Arc is in the midst of the turmoil of the Hundred Years' War, when kings and princes fight for the throne of France. This is the time of knights and squires, when we often speak of knighthood, but rarely practiced. It is a time of religion and superstition. Educated clerics ardently believe that angels guard the stakes and demons strike the wicked, while simpler people watch the night for signs of werewolves and dragons. The game assumes that all this is real.

Legendary Battles is a new extension that builds on the combat mode of the base box in several ways.