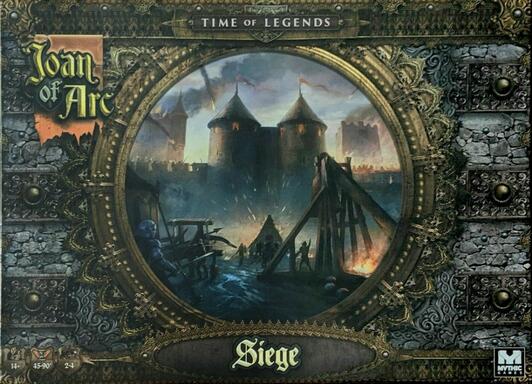 Expansion for : Time of Legends: Joan of Arc

This new expansion includes a huge castle, siege engines, more land, more figurines and a brand new way to expand your games called the Siege card game. The Siege card game simulates weeks of surveillance and waiting, punctuated by stealth raids and sneaky manoeuvres. During the game, the units on the table will gain ground and move to new positions, or get sick and moved to the non-combat section of the battle board, or even die of the plague. New units can join the besiegers or sneak through the lines to strengthen the defense. New siege equipment can be built and can start to fall on the walls. All this quickly reproduces the effects of weeks of preparation. After these preparations, you play the final assault.

The final assault is played as a normal part of Time of Legends: Joan of Arc. The capture or detention of the many sections of the castle, as well as the losses, determine whether the attacker or defender can claim victory.