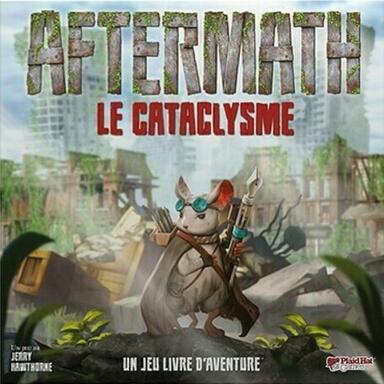 Aftermath: Cataclysm is a cooperative adventure game for 1 to 4 players. Each of them takes on the role of a small rodent determined to survive and thrive in a post-apocalyptic world from which humans have mysteriously disappeared.

In each game of Aftermath, players must explore this devastated and dangerous universe, snoop around in search of provisions, complete missions, compete with opposing rodents and face vicious predators. But they will have to act quickly, because leaving the colony too long without protection could have tragic consequences, to say the least.

Aftermath is played in a campaign, which means that each session has an impact on the overall state of your colony and advances certain narrative arcs of the story. To win the campaign, players must achieve the individual objectives of the rodents while preventing the dissolution of the colony.