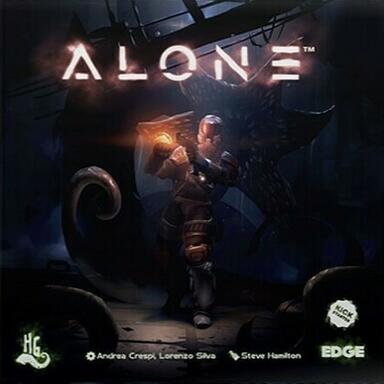 Alone™ is not a dungeon exploration game like the others. One of the players will control the Hero, a shipwrecked astronaut, left to himself in an unknown place where many dangers await him at every moment while he accomplishes his missions. Up to three other players will embody the forces of Evil, plotting dark plots to bring about the Hero's downfall.

Depending on which side you choose, the course of the game will be completely different. The Hero's field of vision, restricted by the range of his flashlight, is limited to a few areas of the map at a time. Alone and abandoned, his life is in constant danger, and he must be careful at every step. Gathering clues and avoiding traps often proves more important than fighting.

On the other hand, hidden behind their screens, evil players can see everything. They have constant access to the entire plan. They can use cards to generate and move hideous creatures and set insidious traps to hinder the Hero.

Alone funded on the Kickstarter platform