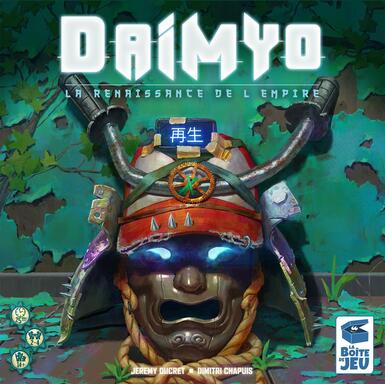 When Emperor Tokugawa-Edo came to power, following the great catastrophe of the year 47 of the machine age, he resolved to abandon technology. He refocused society around the 9 traditional Bushido values ​​that made the Empire's greatness past.

During 40 years of reign, and in a total autarky compared to the rest of the world, the Empire was transformed, far from the turpitudes of the modern world, building the bases of a better, more just world, in harmony with the nature and according to the path drawn by the Bushido. The catastrophe had transformed the world, re-opening the telluric faults, reviving the magic for who could channel it. Tokugawa-Edo San was one of those, and his Empire flourished.

When Tokugawa-Edo died, without leaving an heir, the Empire split and the era of prosperity and peace of the last 40 years ended. Little by little and during the decade that followed the territory divided into shogunates. Weakened, divided, deprived of leadership, the territory became a source of greed for the outside powers.

As Daimyo, you want to restore the Empire in its greatness to regain the prosperity of yesteryear to finally open your Empire to the outside world to prevent it from sinking. But for that, you will have to establish your authority over the rest of the pretenders to the throne. Whether through your devotion to natural powers, your ability to gather under your banners or by the power of the sword, you will have to establish your reputation to restore the Empire and bring prosperity to the entire territory.