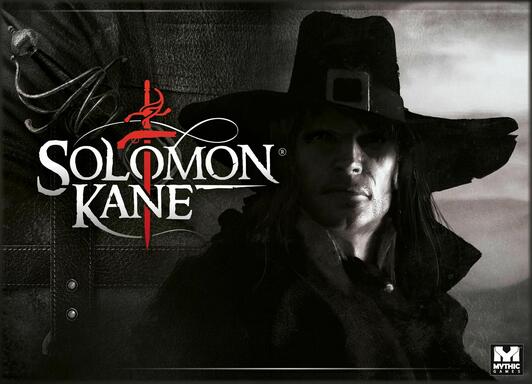 A cooperative and narrative game, designed for 2 to 4 players. It allows you to relive Solomon Kane's stories as described in the short stories. The only notable difference is that the players will be able to influence the story. Each player embodies one of the four cardinal virtues (Courage, Temperance, Prudence and Justice), invisible forces capable of inspiring Solomon Kane in difficult times. If Solomon Kane succeeds in the adventure, all players have won. If it fails, the players have lost and Evil has scored a victory.

Solomon Kane is a Puritan English fanatic with a divine mission in a dark and Gothic sixteenth century. A tormented and ambiguous hero, he travels the world to eliminate evil when he meets it.... And he often meets him! Evil can take the form of robbers and criminals as well as ghosts, vampires and other monsters fromvecraftians. But where Lovecraft's protagonists are victims, Solomon Kane poses as a merciless judge and executioner.