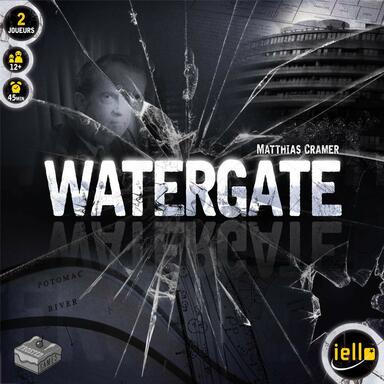 In June 1972, five men were arrested in the Watergate complex in Washington. Two journalists launched a full-fledged investigation that would reveal one of the biggest scandals in history and lead to the resignation of President Nixon. In this game, two players confront each other in the middle of the Watergate affair. The first plays the role of the Nixon administration and seeks to end his term unhindered. His opponent is the press and must gather enough evidence to force Nixon's resignation. Who will emerge victorious from this thrilling race against time?

Recreate a historic duel that will make you gasp for breath! With accessible rules and differentiated decks of cards, Watergate cous plunges into the heart of an incredible scandal, for renewed suspense in every game!