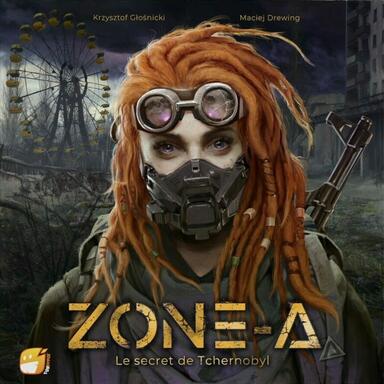 On 26 April 1986, reactor No. 4 of the Chernobyl nuclear power plant in Ukraine exploded. It was the worst nuclear disaster of the century. A 30-kilometre-radius zone, Zone A, was evacuated and closed off: the population left behind their possessions and personal belongings.

In this game you and the other players play as a group of prowlers. Your goal is to reach the sarcophagus of the Chernobyl nuclear power plant before the others do. However, the Zone is teeming with dangers of all kinds, and information about it is carefully hidden by the army and the government. Before you can enter the sarcophagus, you will have to infiltrate the government's secret, abandoned facilities. Only after discovering two secrets in two different locations will you be able to enter the sarcophagus.

Entering the sarcophagus is a one-way trip. Lurkers brave enough to attempt it will either find death or eternal glory. It is highly recommended that you be rested, well cared for, and have the best possible equipment before entering the red sector. Otherwise, the journey to the heart of the Zone will end abruptly.